Used and Repossessed Toyota Innova For Sale in the Philippines.

Below is the inventory of Repossessed Toyota Innova and Used Toyota Innova For Sale in the Philippines. Automart.Ph partners with banks. This means we offer the lowest prices, as we don’t include a hidden buyer’s premium or any “patong.”  Automart.Ph sells you the same cars, with accommodating professionals, online convenience at exactly the same price ― no more, no less.

How much is a Toyota Innova in the Philippines?

The Toyota Innova starts at just P1,036,000 for the base 2.0-liter J model with a manual transmission. However, the 2.0 is a gas engine and most of us would prefer a diesel Innova,so the entry point for that would be the 2.8-liter J model that comes in slightly higher at P1,146,000.

Typical of Toyota offerings, there are a lot of various trim levels for the Innova. A popular choice would be the 2.8-liter E diesel with an automatic transmission at P1,250,000.

On the top end of the scale sits the 2.8 V A/T variant at P1,694,000 or over half a million versus the base J diesel. That's quite a big difference but the good part of buying a repossessed or used Toyota Innova is that you can score an E, G, or even Touring Sport variant for a price that is even lower than a base model J! 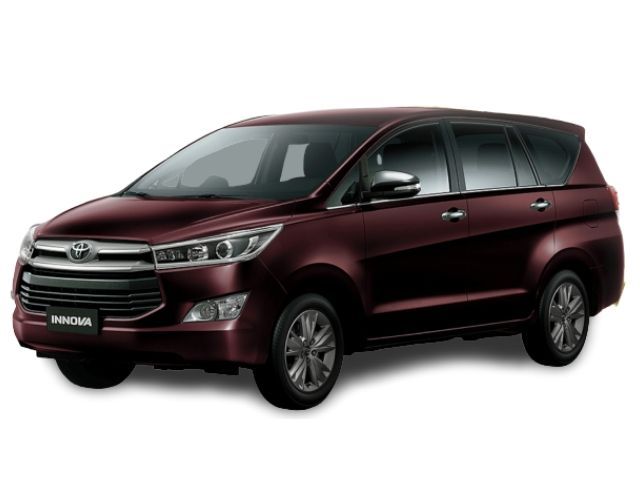 The Toyota Innova debuted in 2004 and replaced the venerable Toyota Revo, which was the successor to another legendary vehicle, the Tamaraw FX. However the Innova is not as wildly successful as its predecessors. The reason is not a competing brand offering from Mitsubishi or Nissan for example but actually due to competition from within the family in the guise of the Toyota Fortuner SUV.

The SUV is obviously more premium and well-equipped (and more expensive) than the humble Innova, but did you know that both cars share the same chassis and 2.8-liter turbo diesel engine? So if you don't need the burly exterior of the Fortuner, then you can take comfort in the fact that the Innova actually has a lot of potential underneath the sheet metal. Add in the savings of buying a used Toyota Innova and you'll see why this family car or MPV also has a lot of devoted fans.

Other Cars and Articles Here Related to the Toyota Innova: